An Andean Condor (Vultur gryphus) flies in the Andes of Bolivia.

The Andean Condor (Vultur gryphus) is a species of South American bird in the New World vulture family Cathartidae and is the only member of the genus Vultur. Found in the Andes mountains and adjacent Pacific coasts of western South America. The Andean Condor has a wingspan of up to 3.2 m/10.5 ft. It is a large black vulture with a ruff of white feathers surrounding the base of the neck and, especially in the male, large white patches on the wings. The head and neck are nearly featherless, and are a dull red color, which may flush and therefore change color in response to the bird's emotional state. In the male, there is a wattle on the neck and a large, dark red comb or caruncle on the crown of the head. Unlike most birds of prey, the male is larger than the female.
The condor is primarily a scavenger, feeding on carrion. It prefers large carcasses, such as those of deer or cattle. It reaches sexual maturity at five or six years of age and nests at elevations of up to 5,000 m (16,000 ft), generally on inaccessible rock ledges. One or two eggs are usually laid. It is one of the world's longest-living birds, with a lifespan of up to 100 years old in captivity.
The Andean Condor is a national symbol of Peru, Argentina, Bolivia, Chile, Colombia, and Ecuador, and plays an important role in the folklore and mythology of the Andean regions. The Andean Condor is considered near threatened by the IUCN. It is threatened by habitat loss and by secondary poisoning from carcasses killed by hunters. Captive breeding programs have been instituted in several countries. 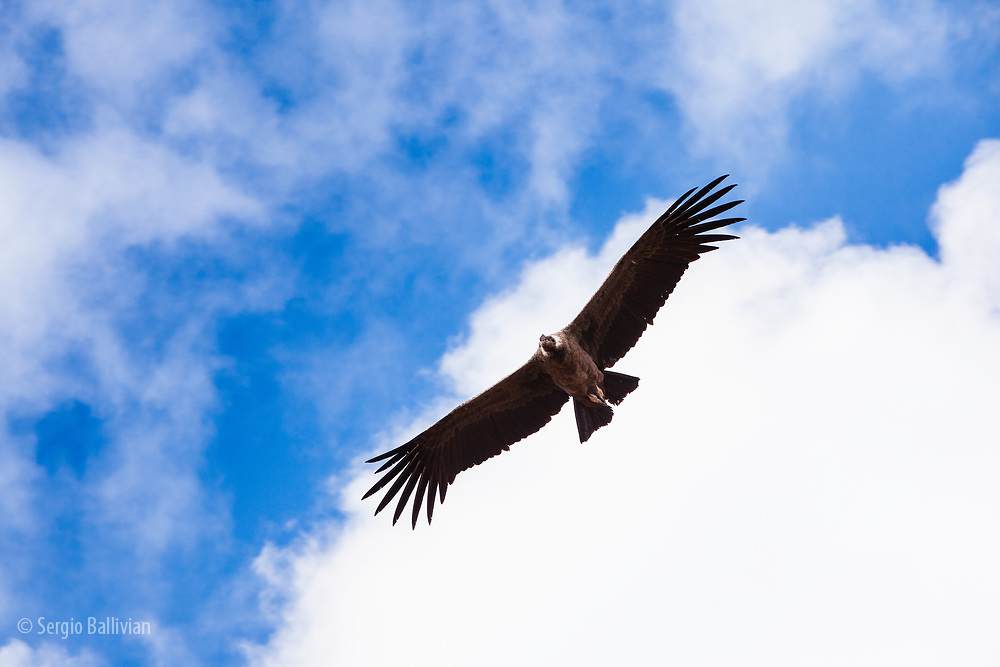